The Heart of Resilience Beats In Nepal 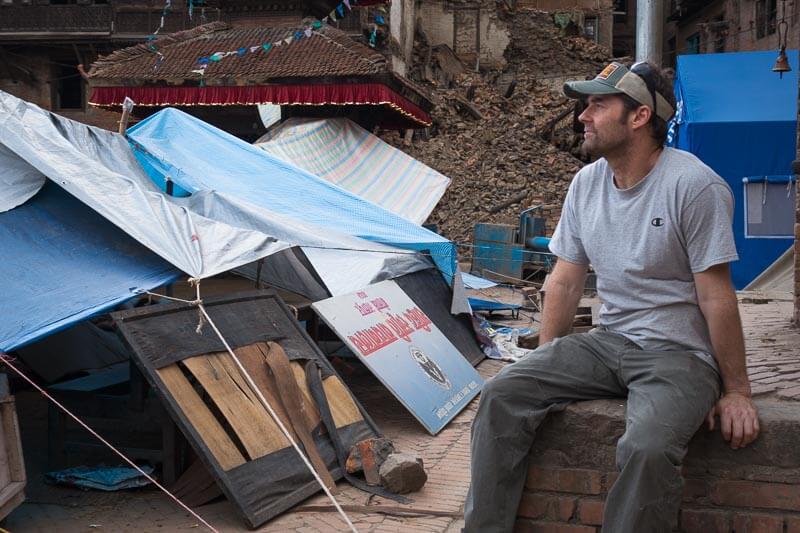 I’m sitting in the lobby of the Yak and Yeti, eerily bereft of the typical bustling tour groups and tourists this hotel usually hosts.  I’ve only been here one night out of a planned three, but after another large aftershock rumbled through the city mid-day, I’ve just booked a ticket for myself out of Nepal early tomorrow morning.  The deep rumble shook the foundations of this big hotel, sending staff and the few guests here scurrying for safety (with me hobbling as fast as I could while balancing laptop, camera and hard drives!).  The Yak and Yeti has survived fairly intact so far from the earthquakes, which is the reason I’m staying here….but I realize I’m pushing the limits of reasonable safety by staying longer than necessary. 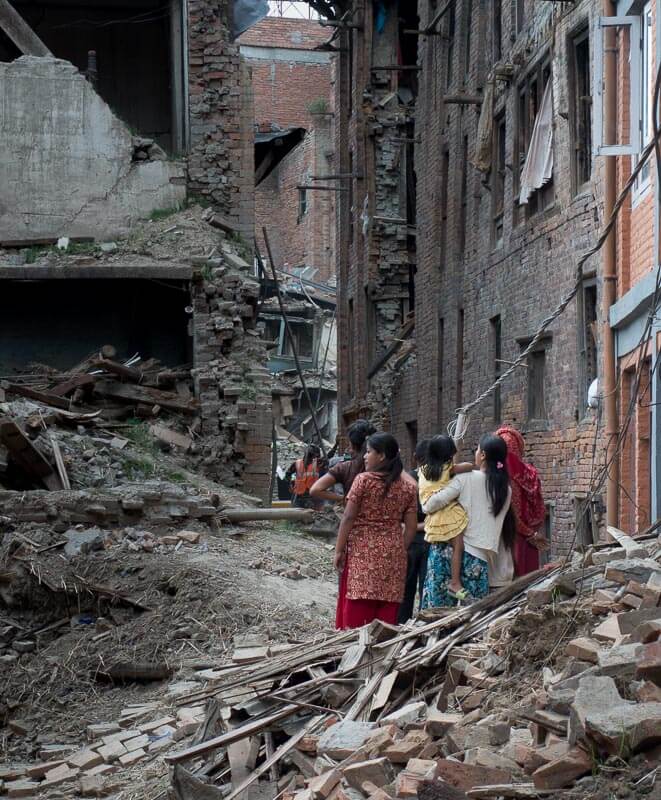 Yesterday, I left Sindhulpachok in the early morning with a driver, heading for Kathmandu.  The normal 3-hour drive took only about an hour.  This part of Nepal is a shadow of its former bustling self…the roads are absolutely deserted.  In 32 years, I’ve never seen such quiet on the streets.  Kathmandu is a strange facsimile of itself.  There are an endless sea of tents and shelters everywhere – in the center of roundabouts, on the golf course, and across Ratna Park in the heart of the city.  At the same time, many storefronts are closed, Thamel is a ghost town, and street traffic is marginal.  Many local residents and migrant workers have already left the city, preferring to be with family in the countryside if, and when, another “big” earthquake hits.  The city seems to be operating on one cylinder with a skeleton crew. 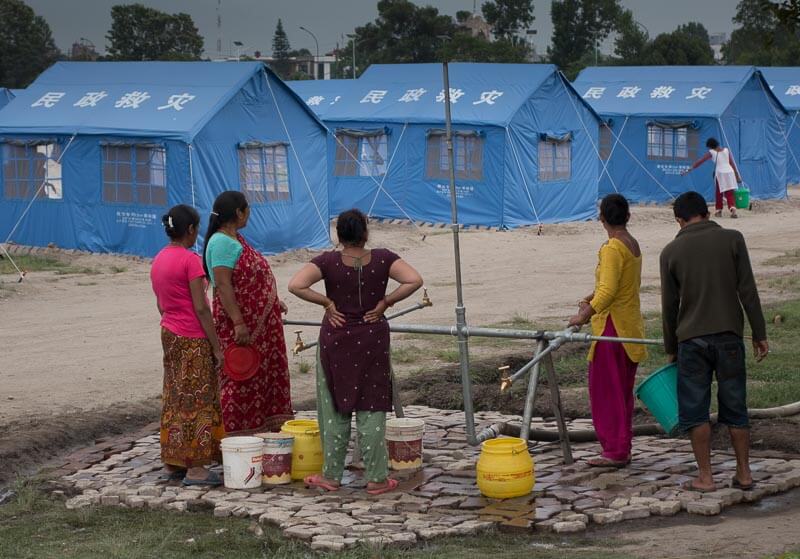 I spent the afternoon today out at Bhaktapur, the World Heritage site on the outskirts of the city.  We were just here in November filming our trans-Himalayan expedition Roof of The World.  Bhaktapur’s gorgeous brick houses, cobblestone streets and amazing temple squares are unrecognizable in many places.  Buildings are collapsed, blocking the narrow streets, and the major temples we filmed are now just piles of rubble.  I was impressed to see a concerted effort of local and government forces working to clear debris.  Areas of obvious archaeological importance are roped off and workers are carefully stacking individual bricks in neat piles by each destroyed temple.  The silhouetted skyline that has stood for hundreds of years has been significantly altered but I see a fierce determination in people’s faces as they begin the long road to salvage and repair their cultural heritage treasures. 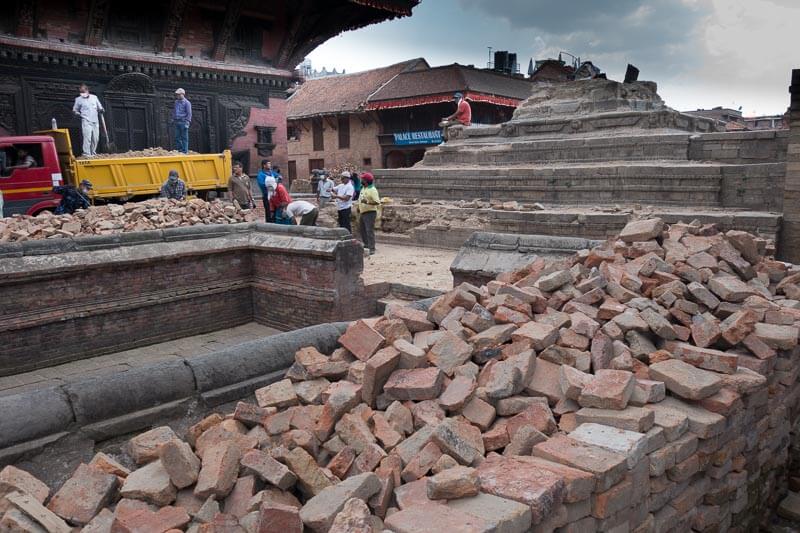 As I leave Nepal for now, winging my way to Delhi and Edinburgh before settling in for the summer in Idaho, I can’t help but reflect on the plight of my brothers and sisters here.  Thanks to the generosity of many friends and family, we’ve been able to fund the construction of a low-cost, earthquake-proof earthbag house prototype in Sindhupalchok.  Mahendra will be facilitating the deployment of foreign and local aid in the region and spearheading the scaling up of the earthbag home rebuilding plan for villages.  We’ve agreed to prioritize the most needy families with relief aid.  I’m proud to see him step up and step in to this role and I’m grateful to have contributed in some way to help them climb this mountain.  The impending monsoon will add significant challenges – landslides, flooding and disease.  It’s an unfortunate reality that the Nepalese people will suffer more before all is said and done, but if there ever were a people more gifted with natural resilience, ruggedness, and intrinsic goodwill, I haven’t met them.  I’m more convinced than ever that the real conversation for everyone in the years ahead, regardless of context or circumstance, will be about the importance of resilience in our communities, in our states, and in our nations.  In an unpredictable, rapidly destabilizing world, it’s the lens through which we need to understand, plan, and prioritize our resources, efforts, and time.

As someone who’s lived in and loved this country for the majority of my life, I know that the greatest thing we can do for Nepal is to keep paying attention – even when the news reporters tire and turn away to cover tomorrow’s disaster-of-the-day somewhere else in the world.   Most importantly…people can plan a visit.  Despite all the destruction – and maybe because of all the destruction – Nepal remains one of the great adventure destinations on the planet.  I hope it won’t be too long until the allure of the Himalayas draws the world back again to her beautiful treasures. 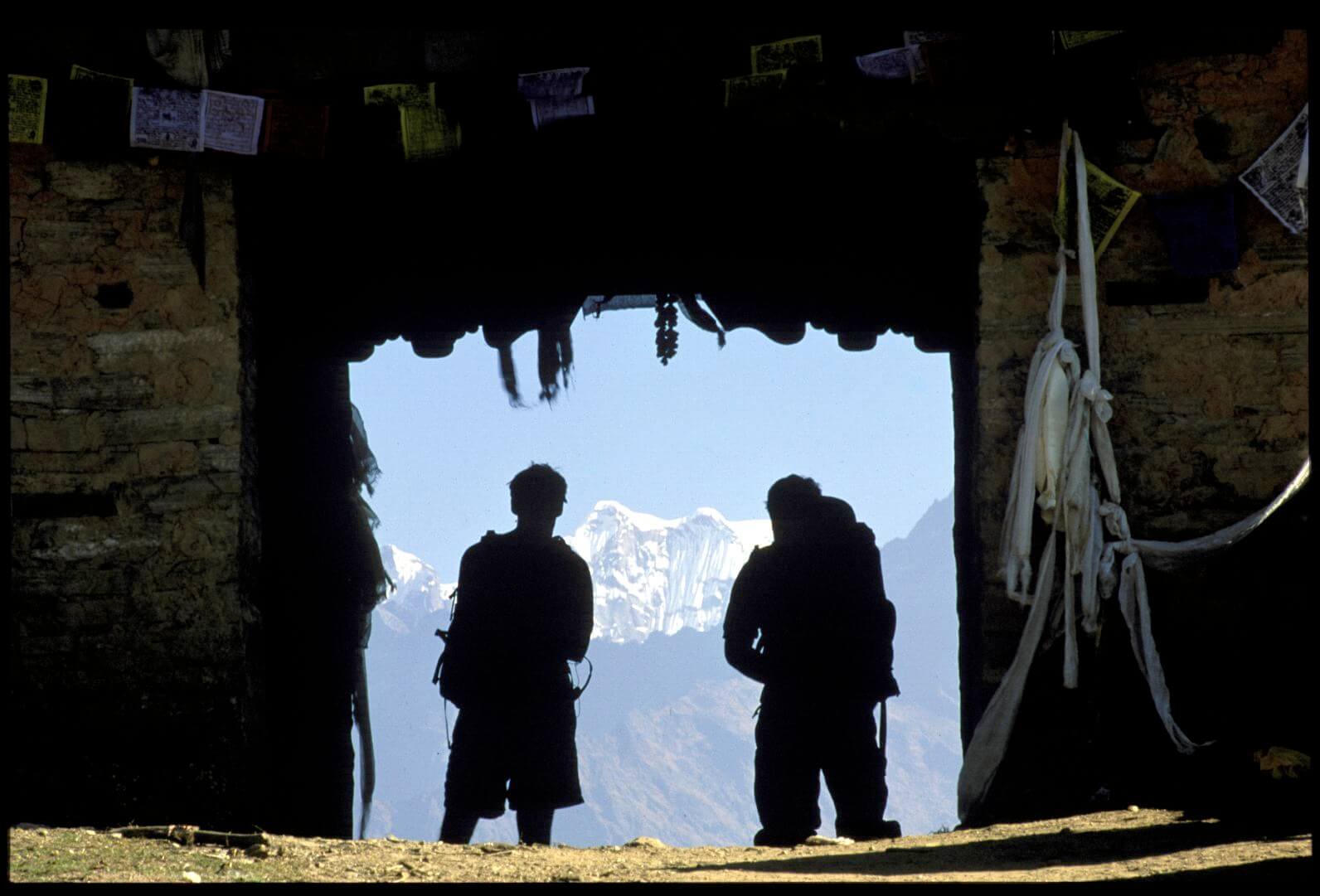