As you know it’s been over a year since I embarked on our “Roof of the world” film expedition. We started with an idea – to celebrate turning 50 by crossing the Himalayas from tip to tip on motorcycle, kayak and foot, documenting the changes I’ve seen in the last 30 years.   What unfolded was a personal journey more challenging than I could have ever foreseen. We thought the film expedition would be the year’s main event…but as things turned out – it was only the opening act for what became my Year of Living Dangerously . The universe delivered to me not just an amazing expedition, but also a catastrophic injury, a devastating earthquake and ongoing civil unrest in my second home, Nepal.   What do I always say about old-fashioned adventures? You can plan them…but you can never predict what happens. 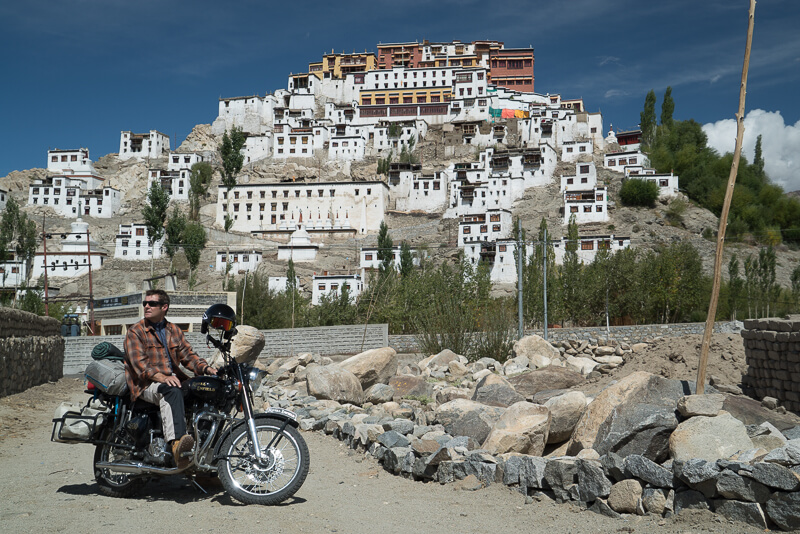 Five weeks ago, I returned again to Kathmandu for additional filming. Still recovering from earthquake damage and crippled by a fuel embargo caused by civil unrest over the country’s new constitution, Kathmandu was a shadow of her normal self. Hectic traffic had diminished to a fraction of its crazy flow.  Driving from the airport into Thamel was eerily quiet. I’d lived through a similar border blockade with India in the 1980’s when I was living in Nepal full-time, but following on the heels of the devastating earthquakes earlier this year – this could not have come at a worse time for the Nepalese people or the country’s economy.

The relative calm on Kathamandu’s streets masked a deteriorating and depressing reality for most Nepalis. With no sign of relief on the horizon, things were getting bleak. The inevitable black market was in full swing.  Those who could afford it were paying exorbitant prices for fuel. Taxi fares were sky-high.   A few International airlines began canceling flights to Nepal, fearful of having aviation fuel shortages strand planes in-country.  Domestic airlines started operating on a  “stand-by” mode with flights taking off sporadically and unpredictably.   Deadly confrontations at the border between protestors and police had become a daily occurrence.  The growing sense of frustration and anger within the Nepalese people was palpable.  Facebook commentary and Twitter hashtags openly criticized Nepal’s inept leaders, dysfunctional government, and India.  The forces of change were swirling again in this part of the world and it’s hard to see where things will go at the moment. Unpacking in my hotel room, I found myself thinking about emergency plans to get home. 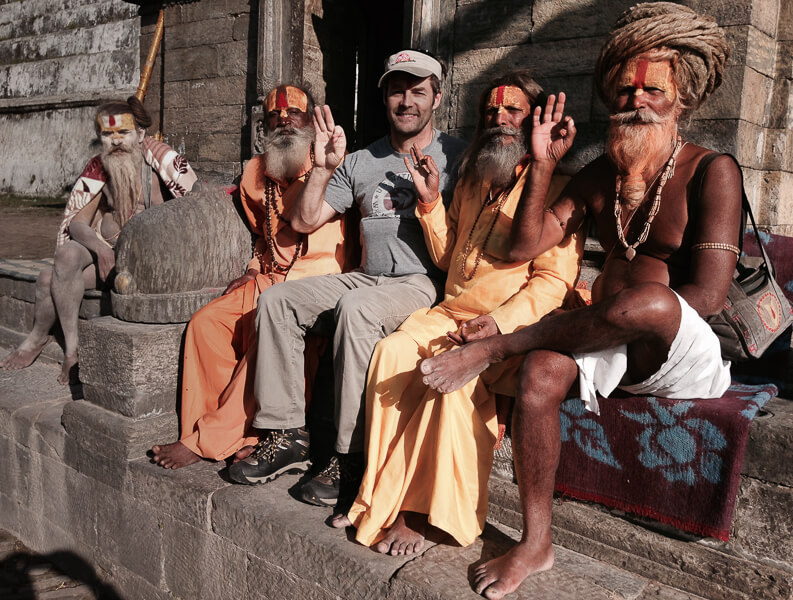 Despite all this, it wasn’t hard to film timeless scenes of Nepal. At the holy burning Ghats of Pashupathinapt, the hashish-smoking sadhus seemed oblivious as ever to any problems (in addition to everything else).  Kathmandu’s bazaars and ancient temples were still crowded and life in the city still forged on. With the help of old friends, I found myself one morning with a lucky boarding pass in hand and gratefully flew off to the outskirts of Upper Mustang on the edge of the Tibetan plateau.   This is a place where shadows and light make for movie magic.   It’s certainly a place free from modern complexities – village life continues as it has for centuries under the majestic peaks of the high Himalayas.  Being out here, under the spell of Mother Nature’s grace and raw beauty, the drama and violence of our world’s petty concerns fade to their proper size.  Kathmandu’s political unrest and fuel crisis are distant concerns. As always, the simple hospitality of the Nepalese people and warmth of a tea house are more precious than gold here. 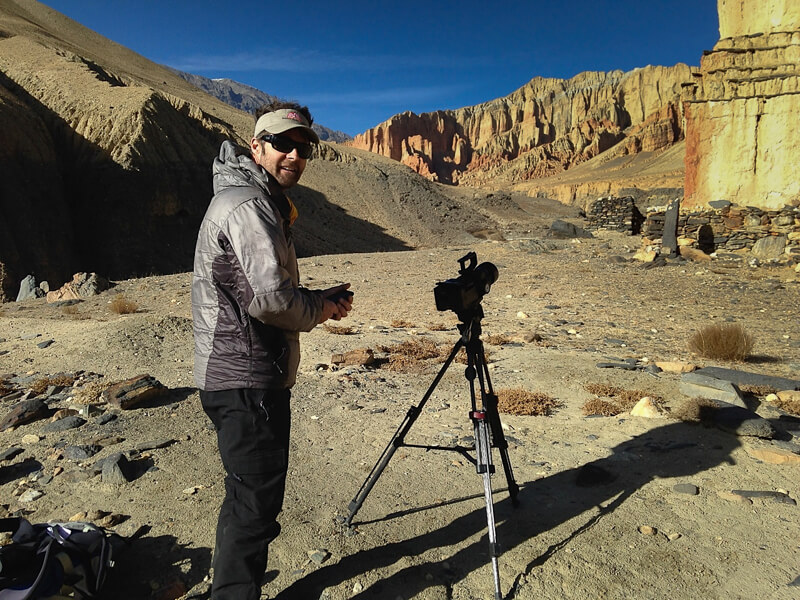 This was my third trip to Nepal this year and I can safely say that we’re more clear than ever about where we’re going with this film project, with ourselves, and with our work. After overlanding 4,000 miles and filming 108 days, shattering my leg and undergoing 4 major surgeries, learning to walk again, seeing Nepal brought to her knees, and working shoulder to shoulder with old colleagues in the relief effort.… I’d be lying to say it hasn’t influenced my reflections about life, hope, and resilience. I’ve unexpectedly reconnected with people I thought I’d left behind. I’ve finally accepted the things I cannot change and found a clear direction for changing the things I can. I’ve shed old baggage and picked up newer, more meaningful beliefs. Perhaps most importantly, I’ve discovered a profound respect for the power of love being the right answer for all the questions that remain unclear. With all this in mind, we’ve both expanded and focused the story of our film to fully encompass this Year of Living Dangerously and sprinkled it with a healthy dose of Magical Thinking. We’ll be sharing more about the film soon and we are on track for finishing it next year for everyone to experience. 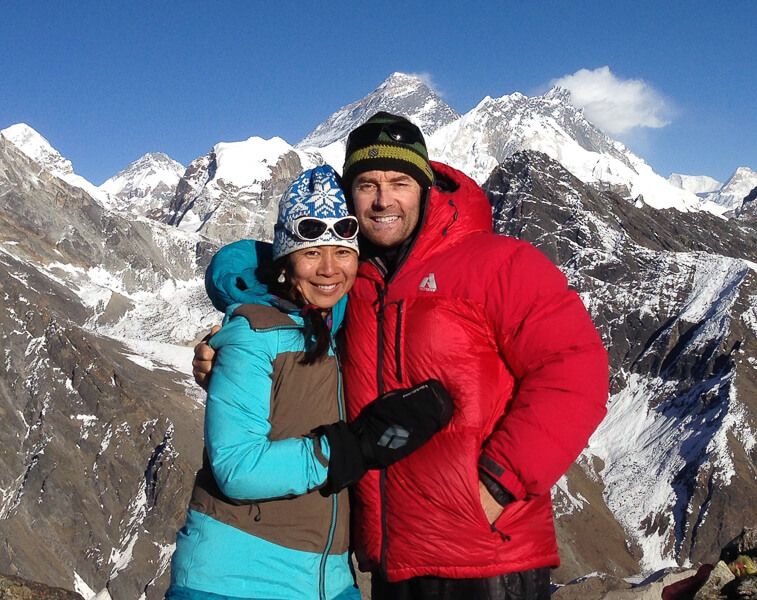 Happy Holidays everyone, with blessings and love to you and yours.