Grace Under Fire in Kodari 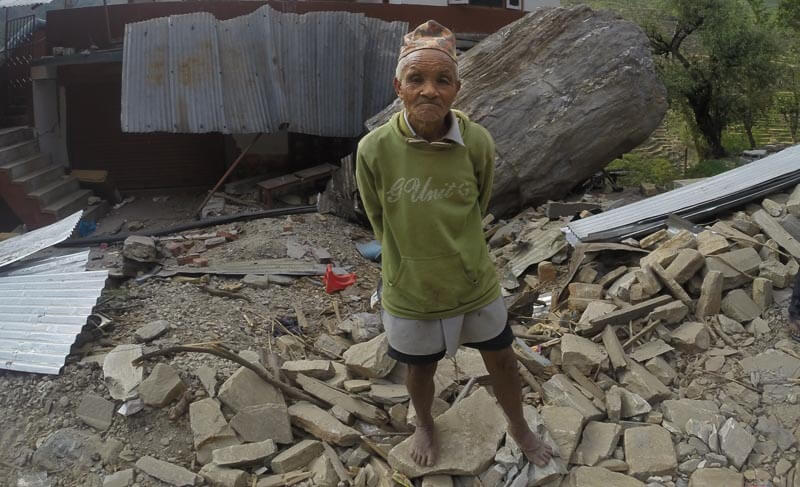 I’m hiking with a team of Global Medic relief workers along a rugged jeep road to Kodari – a remote village in the Sindhupalchok district of Nepal, one of the poorest districts in a poor country. It’s also one of the districts hardest hit by the recent earthquakes.

Local children happily escort us down the road.  Hiking along the steep hillside in oppressive heat and humidity, my eyes are drawn to the magnificent view down the Sun Khosi river corridor. It’s a river I know like the back of my hand, though for the first time in decades, I will have been and gone from this place without so much as a paddle stroke on the river. 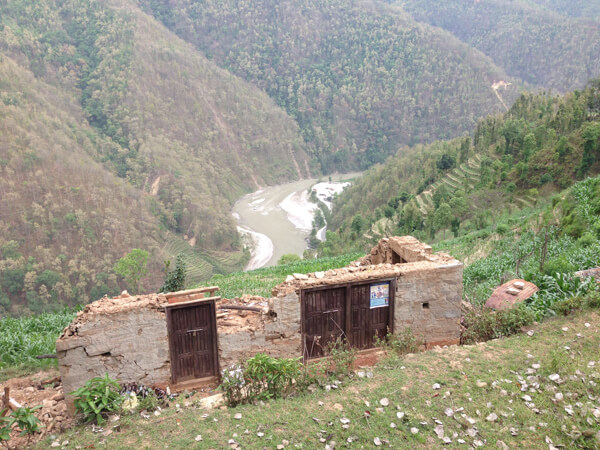 As we enter Kodari, we see villagers waiting patiently for our arrival under a giant Bhodi tree. Though most are homeless now and many families have suffered injuries or death, they welcome us with a serene politeness that I know is intrinsic to the gentle hill people of the Himalaya. In a surreal way – even with earthquake devastation all around us – today’s welcome feels like the same graceful welcome I’ve encountered a thousand times in remote villages throughout Nepal over the years. 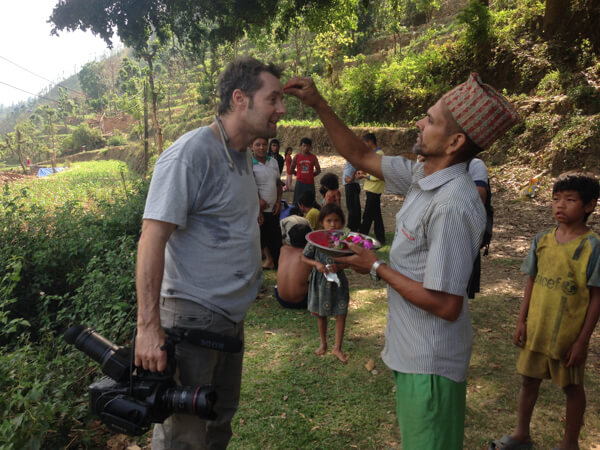 I’d like to think I’m pretty good with words, but there is little I can say to accurately describe the scope of destruction here. Of the 65,000 homes in Sindhupalchok, an estimated 60,000 are now destroyed. It’s hard not to sound dramatic when describing the situation…it simply IS dramatic. Survivors recount stories of how the earthquake literally tossed their homes several feet in the air –  exploding them upon impact with the ground. It’s clear that traditional building techniques and local construction materials (heavy stone and mud) failed miserably and that new building methods and designs capable of withstanding severe seismic disturbances are a necessary focus in the rebuilding efforts to come. 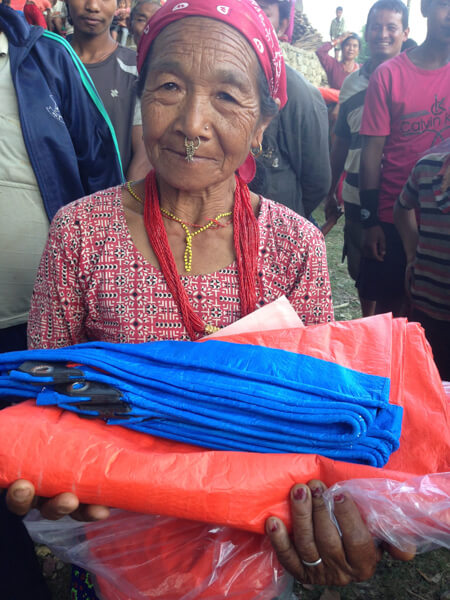 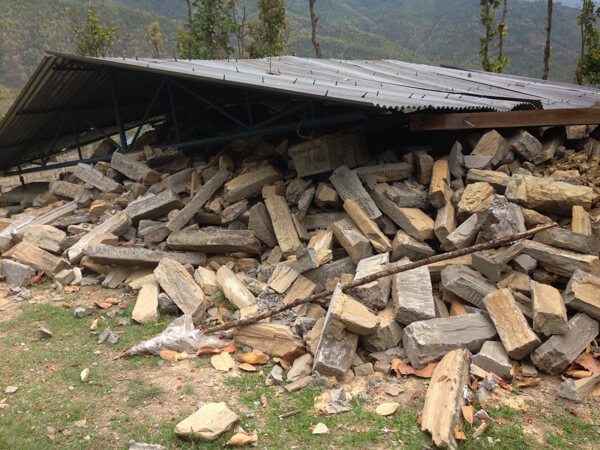 This is my third day in the area filming.   It’s been an eye-opener to see the reality of “relief aid” up close in Nepal. At the government level, it’s been an unfortunate 3-ring circus of bureaucracy, incompetence, and non-directional urgency.

Luckily, adventure tourism professionals – Nepali expedition outfitters & guides – have stepped up around the country to get things done…things that large NGOs, governments and relief efforts have simply been incapable of accomplishing – even armed with millions of dollars, fancy technology, and manpower. I’m hearing stories from around the country that the most effective aid work is being carried out by small, independent groups of people who are bypassing the Nepalese government’s inept processes to work directly with local “fixers” in getting resources to villages.  I’m personally not surprised that the same skills that make a high quality outfitter good at organizing expeditions to summit peaks or descend remote rivers, make them highly effective organizers of disaster relief aid in local communities.  We’re used to crisis management, being scrappy and resourceful, and working in rugged situations with little technology,spotty communications, and high risk. We’re good at working outside the system to get things done. 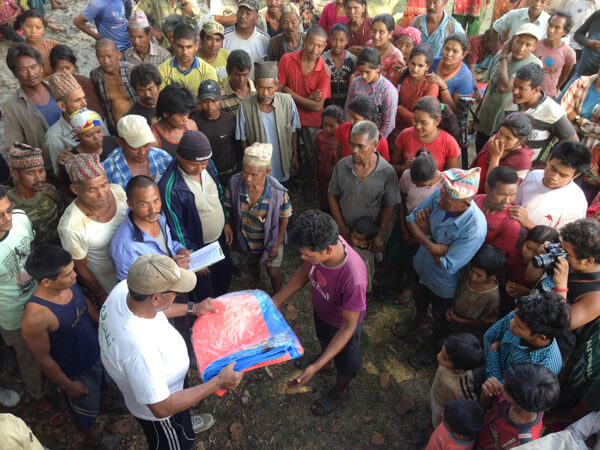 My old partner Mahendra has been designated a “key communicator, influencer and facilitator” by the Canadian Army first responder team in Sindhupalchok. The Army and Global Medic have been working with Mahendra as the designated local leader through which to funnel relief aid and communications. I’ve watched him not only step up in a big way to lead and organize the various international teams and resources focused here, but I’ve seen him personally commit to organizing a long-term vision of strategic resilience planning for his community and profession.   His small but effective team of mountain and river guides were the first to help on the scene here and since day one have been directly supplying about 700 families with food, shelter and care.   I know that it’s because of LOCAL heroes like Mahendra – fueled with resources from international supporters and aid –  that Nepal will eventually get back on her feet again. 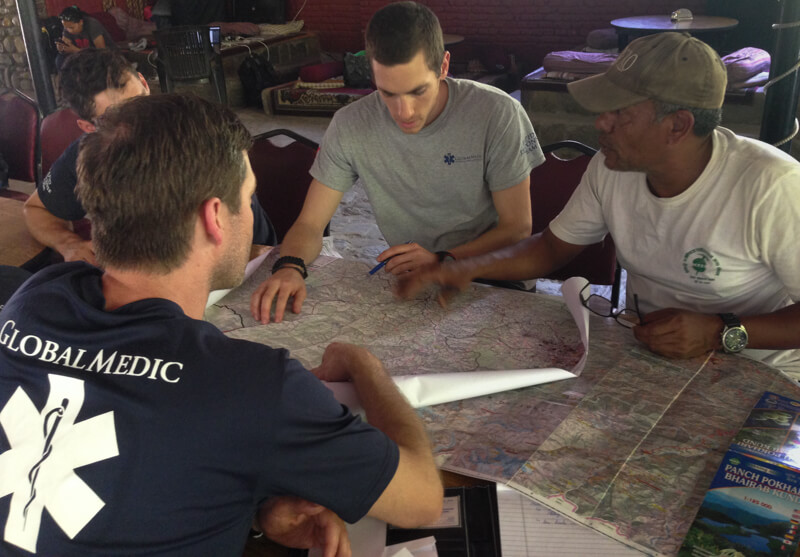 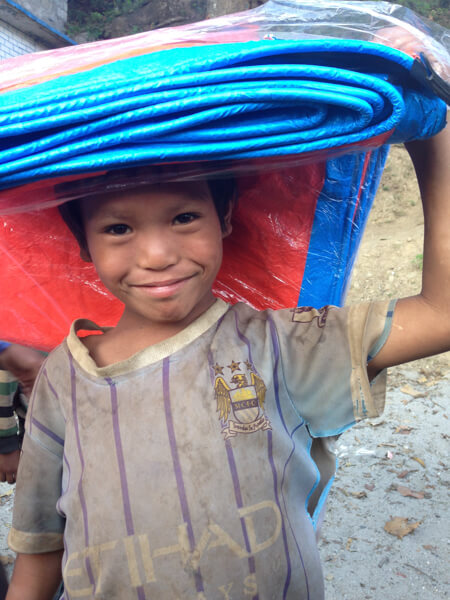